Astrology, Queen of the Sciences?

I’ve started reading a fascinating book on Arabic astrology which the author, Dr. Liana Saif, has recently made available for free download.

Just reading the first chapter, a few things have clicked into place regarding the usefulness of astrology as a “queen of the sciences.” Which is really to say, as a science of imagination.

The respectable west currently investigates the imagination by way of semiotics, deconstruction, and all those French -isms. The mode of these investigations-- and they dominate completely wherever higher learning is funded-- is scientific, like that of astrology. But they are confusing and fail to connect with lived experience. This is because they presuppose that imagination is like infinite Cartesian space (picture 3D graph paper), and has no relationship with time.

A Cartesian ideology-- the economics of copyright, say-- works by suppressing the imagination. It considers an imaginal object, occupies a point in Cartesian imaginal space from which to consider the object, and does whatever is necessary to fix the object and especially the point in space. “In this discipline, we study that object from this point of view.”

A Cartesian science of imagination does not suppress the imagination, exactly, but it deals in the same space. It will say one of these kinds of thing: a) “those two objects are really one object”; b) “that one object is really two objects”; c) “here’s a space that also has objects”; d) “there are two points of view, and B is preferable to A”; or e) “there are infinitely many points of view.”

This really, really pisses me off, because as a young person I went to an elite university where I thought I could learn a meaningful science of imagination. People need imagination. They need it to relate meaningfully to their lives. Some of us have an aptitude or calling to make imagination more available or useful to people.

Semioticians love to parse advertising for what it signifies, what it tells us about discourses and so on. You can write lots of papers that way, because there are lots of ads and lots of discourses.

They programmatically ignore that the methods of advertising are not arbitrary, but employ a refined knowledge of one (admittedly limited) area of imagination. That is, people who are paid by capital to get results from the imagination do not presuppose an infinity of viewpoints. An adman’s paradigm is limited and technical, but it ultimately draws on Renaissance Platonism for its metaphysics.

Why do admen have a better metaphysics of the imagination than universities? It really, really pisses me off.

Anyway, this was about astrology. Astrology is important because the sky is the best ground we have for the imagination. It has lots of particular lights that make shapes, are mostly always the same, and change in patterned ways over time. The changes are uncountable but finite and patterned. Telling stories about the sky is probably the best way humans have to conserve cultural knowledge.

In other words, all those isms are fourth rate astrologies. They try to get away with using Cartesian space rather than the actual sky. The results suck.

The first chapter offers an explanation from ninth century Arabic astrology for why/how MB type and birth chart are both astrology but are independent factors.

The heavens govern the world in two distinct ways, as a formal cause and as an efficient cause. (The language is from Aristotle.)

This means that, first, the heavens determine (formally cause) how the elements combine with each other to make shapes and species and types of object. The world is populated with kinds of object that all have elemental signatures stamped on them by celestial influence. Ruby. Dog. Human being. INFJ.

The heavens also and separately exert influence (efficient cause) on the particular things that come to be, and on the general “way things are.” Particular rubies and dogs and INFJs come to be at particular times and are influenced by the heavens at that time, according to their nature.

The influence is by virtue of the elemental signatures in the things, so the two kinds of cause interrelate and speak the same language of “signs” to the astrologer. But they are distinct from each other.

This really, really pisses me off, because as a young person I went to an elite university where I thought I could learn a meaningful science of imagination. People need imagination. They need it to relate meaningfully to their lives. Some of us have an aptitude or calling to make imagination more available or useful to people.

I’d even go as far to say that making “imagination more available or useful to people“ is my spiritual Mission Statement!

Wow, that was fast @Sparrow!

Are you experiencing the same weird time distortion effect as I am; that seems to have dramatically accelerated the normal steady tic-toc flow of moments into something infinitely faster?

The best way I can explain this is by comparing it to the video for Madonna’s Ray of Light. IMHO this is her crowning masterpiece of spiritual insight:

Are you experiencing the same weird time distortion effect as I am; that seems to have dramatically accelerated the normal steady tic-toc flow of moments into something infinitely faster?

Well, I was for a day or two! And seem to have felt wretchedly hungover since. At the same time it’s as though a great peaceful nothing at all is happening, like a thousand fridges suddenly stopped buzzing.

You’re right that Our Lady there captured how it usually is when I create something-- nine pins bowled over and a whole kingdom appears in a flash. I remember writing a journal-length article for a grad seminar in one 24-hour blitz, after some suitable wool-gathering at the library. The electrical continuity of spirit, mind, and nervous system is plain to me.

The dance she does at the end is one I unwittingly copied for a scene in my last play!

And synchronicity strikes again, with this excellent article on Astrodienst about the faculty of imagination and it’s vital role in astrology: 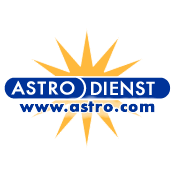 Heaven in a Wild Flower: Reflections on Imagination

To the uninitiated, the horoscope is a chart of squiggles and glyphs. To the astrologer it is a map of revelatory symbols; either way it evokes an imaginal space. The focus on techniques has its place, but what of the role of the imagination which...