Sun, Moon, Physics, and, Glitches in the Reality Code

However I would put superego as an introjection of God’s expectations of me.

God does seem to be the natural culmination of the superego. It fits nicely with the invisibility of God, as superego can also be blindspot. Using this metaphor, healthy development of the superego would be recognizing that God is not merely “out there” but glows from within.

Like say, I organize the concepts impersonally, but perhaps I should do it more personally. Not too much, just an Fi minimum. I think that makes sense.

Yes, that is kind-of what I meant by giving just enough weight to your own role/experiences in relationships. It can expand outward from relationships. YOU, your feelings, the small bright light that can be so easy to stop aside. But still not get confused between the little you, and the big you that is God. That seems unclear. Going to far into little you would mean superego takeover.

would you say would be the sea (dominant function?) and land (id?)? And the stars, for navigation come to mind too. Tertiary?

Lol, idk. I really didn’t take it further and it may fall apart if I do. Id is the underwater land, visible land is the aux? Stars sounds good for the tert, or maybe tert is the wind. You should try it a few ways.

I think Fi and Ni are more personal (more subjective) and Si and Ti are the opposite. This squares with how Blake has described it in his articles, too.

I will have to check. I think of Si as more personal than Ni, as it is linked to the body whereas Ni transcends the personal for the archetypal, though the information accessed takes on a personal tint.

I link feeling and sensation and oppose them to thinking and intuition, same as the axes. I suppose they could also make a wheel, but I cant draw it here. I don’t separate out intuition as something other.

I don’t outright agree with this, but I need to think about it more.

approaching things too impersonally is the Te id

Probably. T ids have F superegos for checks and balance.

It comes as intuition, expresses itself as thought, is organized by feeling and encoded as sensation. It doesn’t begin as sensation, as would be in the case of introjecting and metabolizing experience with others.

I think I would argue the opposite, though I understand that it becomes conscious via intuition, so this is very clarifying. I think this is some of what I am trying to get at about the importance of the 8th function. It needs to collect, subconsciously to inform the dominant. This is similar to the 4th function, which also collects, but is conscious and weak, therefore frustrating.

I’m sure there’s a way to integrate it, but there’s no way it can be a priority over the other 5 functions. I don’t see how it can be important to focus upon those functions until my development gets to the point where I know what to do about all that inferiority, demons, hells, and etc.

Yeah, you don’t need to integrate it. Letting it be is the best possible way for it to work properly. You can “check” on it sometimes, but consciously working on it is a bad idea. This can be complicated by subtypes maybe?

Motivated by money since I was kid.

This might be a good thing to look at through Fi superego. Understanding from that angle may help you. What can you do that is practical, but that you also actually like. And what secret feelings are driving the need, how will the need meet those feelings.

I’m stopping response here. The rest is you talking to yourself and it’s too coded for me to want to untangle.

Therefore, everyone who uses it will be just a little more Ne and little more Ti than is average (which is simply, the emergent sum of the past, where there was less internet).

I think more will seem like ENTP and INTP than actually are.
ENTPs and INTPs would become more extreme versions of the archetype.

This, will it be disregarded by typologists? Will they take it into account, that the environment places pressure on personality type expressure? I mean *expression.

Or will science continue to rely on the precedence, prevalence, the average of deviance, and the fundamental assumption that reality can be accurately perceived?

Perception is never reality, because a map is always a reduction of the territory (or else, it would be the territory itself, and not a map). Perception of reality is perception. Reality is reality.

As it’s Fi, only you can answer that. But I’m into this post.

I have a lot to say about this. Would say I’ll come back to it, but I’m quitting making promises like that.

For now, I’ll put this here: 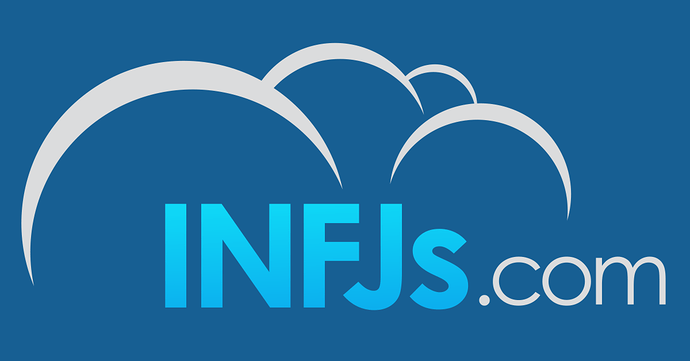 Hi all,So I've been exploring the official MBTI website, which is normally behind a paywall, and they have some interesting demographic statistics...

These are statistics someone screengrabbed from behind the official MBTI institute paywal turned up by fortuitous googling (I think they are from 2018 or 19?). Blatant issues with the accuracy of the official MBTI assessment methodology aside, I can’t stop thinking about the implications.

Spoiler: I’m certain the internet is an integral factor in the trend shift, even accounting for the way age shifts self-assessment.

As it’s Fi, only you can answer that. But I’m into this post.

Well that helps. I feel I’m doing it right.

Wow what a great moment to do some lamenting.

Hello, Posterity, are you there? Have you ever met a woman named Kathleen? Tell her and her progeny that I never needed to be aware of this tendency to write for the future-past. Mkay? You tell her. Look up the stuff about Neur__ics and Ecs__s and some other things related to ele__nton, c__on, ax_n, i__. That should be enough to connect the dots. I’m dead, serious.

Hey would you even understand this old sense of humor?

And glitches in the reality code. Because guess what, there are winners and losers in a game, but there is also a metagame being played, and a long game that cannot be disregarded. And I am very clever. Perhaps, I am not wise. I would not even call myself intelligent, unless wordplay can count as a form of intelligence. Oh mua ha haha, I am very clever though for sure. (I would prefer to be wise).

There was a great man once. He deserved better than what he got. I wish I could have helped him but truth be told my mistakes in life added up to a financial collapse, so my contributions only ever were meager. Though who knows what surprises were hiding around the corner!

You will find, you will see, that even those with good intentions quite often perform evil.

Because evil is very clever
And they are not wise. At all.

Some persons have little regard for personhood. These persons accumulate regrets more than any other person. And oh how I relish it, but only because I’ve got this giant boner for justice.

Though let’s put it on the record the Wisdom is King. Mkay? That’s the way it SHOULD be.

I got the money so now what do I do with it. Diet of drugs, sex and overpriced food?

There was a longer reply here before?

**edit: I just skimmed it but it looked like it had some meat I wanted to process and respond to.

I don’t know if I can crack the code in your subsequent post. I get frustrated then lazy.

Well now I feel bad, I was hoping you wouldn’t notice.

Batshitty I do love attention as much as any human does, but I think it’s fair to say you can ignore most of my rambles that are not situated in the context of conversation with another human person. It’s hard for me to explain what it was like growing up with a hyperawareness of the signals I am sending to people (from growing up constantly up on stage facing crowds). I’m not sure any explanation would really cover it, unless you’ve been in that situation yourself. And even then, I’m not sure that an adult getting on stage can understand what it’s like for a 3 year old to live that way.

So I’m always putting on a show. It’s ingrained. I’m working on untangling those knots in me, I have been doing so for years. But, I’m not always able to manage it. So, just, ignore my shit. That’s okay.

These coded posts I do are a “middle ground” patch job I’ve been doing since I was a kid, where I can put on the show, and I’m okay with having no audience, I just need to get some stuck vibrations out of my psychosoma. 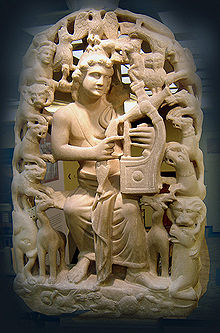 Zeibekiko (Greek: Ζεϊμπέκικο) is a Greek folk dance. It takes its name from the Zeybeks, an irregular militia living in the Aegean Region of the Ottoman Empire from late 17th to early 20th centuries. It was first seen at the end of the 17th century in cities such as Constantinople and Smyrni. Evliya Çelebi mentions in his writings that it was danced in Magnesia and in Aydın at local feasts. Originally a dance for two armed people facing one another, it developed into an improvised dance for a ...