The Joy Zone - it is a silly place

Speaking of HaHa The Sun God, we first met One Night in Heaven, just like the famous M People song:

And I mean this literally, not figuratively. Just in case you’re worried that I’ve finally succumbed to a severe case of TEZPISS (Toiletpaper-Eating-Zombie-Paranoia-Induced-Schizophrenic-Syndrome) let me reassure you, my gentle friends, by pointing out that Heaven is a famous Gay nightclub situated under the arches below Charing Cross Station in central London.

I was there on my own, happily people-watching and enjoying the good music. It may surprise some of you to hear that many gay introverts find nightclubs to be a great place to relax and people-watch, whilst maintaining a safe distance should we not feel like engaging with others in any meaningful way.

I’ve spoken about this before, there’s a kind of unwritten rule in these places that allows one to signal aloofness via body language and attitude without being coming across as either stand-offish or snobbish, and this is generally understood and respected. 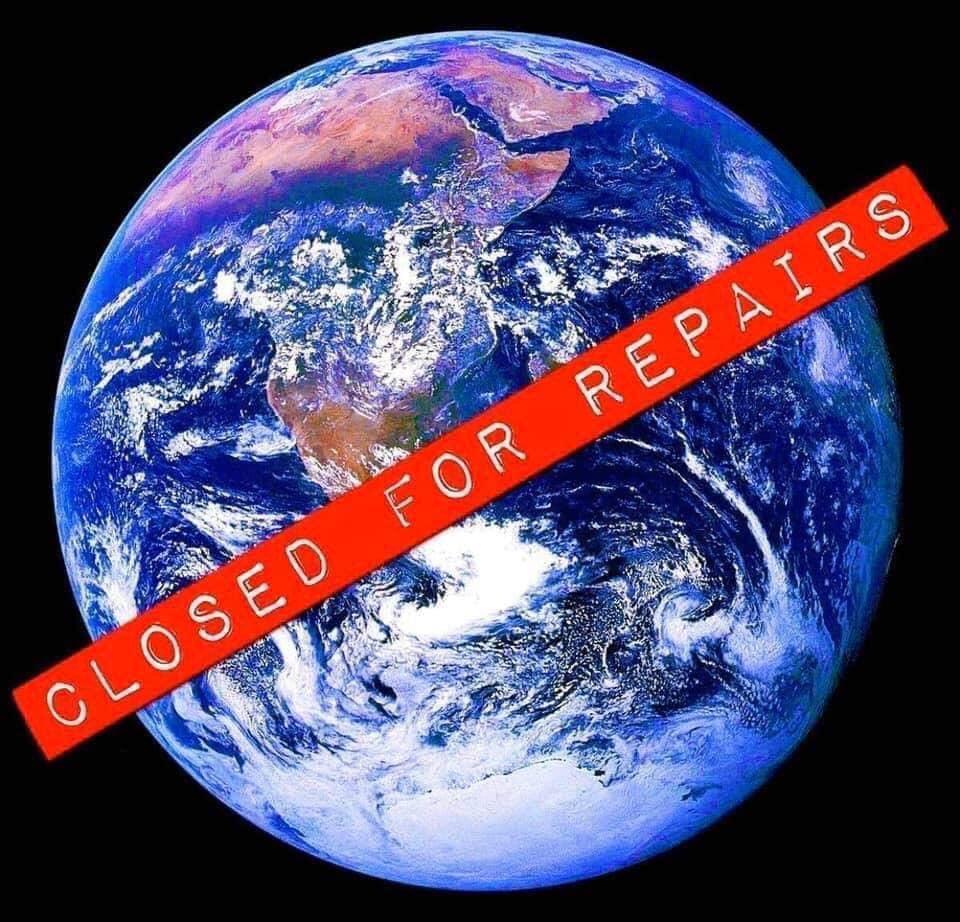 Despite Satan’s best efforts at sucking all the joy and light and laughter and silliness from the world when he unleashed His Coronavirus Nightmare upon the Earth, there remains a small spark of the Spirit of Joy that refuses to submit to the forces of Despair and Misery.

Perhaps Satan miscalculated by confining millions of people to their homes for who knows how long? A staggering one fifth of the global population, or 1.7 billion souls, are now under lockdown and the numbers are rising daily.

Months from now, Satan will be expecting hordes of pale, trembling victims to shuffle slowly from their hovels, wasted into near-skeletons from malnutrition or morbidly obese from a permanent diet of junk food and soda pop.

And those will be the lucky ones; many more will have become clinically insane from binge-watching way too many crass soap-operas or reality-TV-celebrity-nightmares.

Others will have cracked under the immense strain of spending all those months confined in cramped living quarters with hated or profoundly annoying relatives, or slobbish and obnoxiously smelly flatmates. Sooner or later, Satan mused, even the most gentle and patient of souls must surely lose control and go berserk; bludgeoning the offenders to death using stockpiled cans of tomatoes (or if American; annihilating everyone and everything in range with lethal semi-automatic weaponry or flamethrowers or tactical nukes or whatever in an escalating cascade of murder/suicide rampages of epic proportions).

Saddest of all, perhaps, will be those who perish unmourned and unloved as a result of their immoral and unwise choices of what to stockpile prior to the lockdown. Few will shed a tear for the selfish imbeciles who failed to understand that a diet consisting solely of toilet paper and hand sanitizer was unlikely to sustain their bloated bodies and fat heads through the long, lonely months of enforced isolation. I’m glad I won’t be there to witness the look of appalled horror cross their piggy faces, when they finally realise that they’ve doomed themselves to endure nightmarish and agonising deaths solely through their own greed and stupidity. Ain’t Karma a bitch?

Who but the truly depraved would want to watch a bunch of unattractive, sweaty, unwashed, hairy, malnourished, weedy individuals having sex with each other (or more likely just themselves)? Who’d want to listen to their increasingly desperate and profoundly disturbing grunts, or watch the swirling madness growing in their beady eyes as the long months drag on and on and on?? Not I, that’s for sure!

Sooner or later, the restorative powers of ironic humour and relieved laughter will spread even faster than the plague which led to the fall of Humanity in the first place, reigniting the Spirit of Joy as a beacon of hope: to lead the way out of the Darkness and take up arms in the fight to overthrow Satan’s tyrannical regime…

Never before in the History of our Race has the stark and terrifying prospect of months (and possibly years!) of enforced Boredom and Ennui pressed so heavily upon the Living, my friends! This is a power and force that, once unleashed, will grow and expand and thrive until even the teeming Hordes of Hell will be overwhelmed and defeated!

And by way of proof, all it took to awaken the Primal Archetype of Fear Unending and kickstart the Revolution was to place a few severely ADHD-afflicted victims of the Information Age under lockdown for a handful of days:

And a stirring cry rang out amongst the oppressed:

“May the Memes Be With You!” 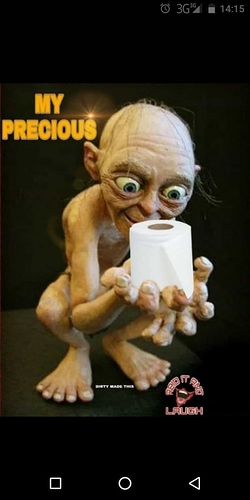 And this is the best so far. A stirring anthem for our times from the supremely ordinary Debbie Onaway: 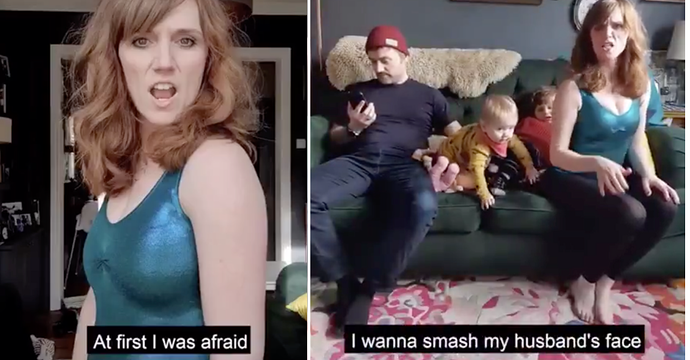 This mum's self-isolating take on I Will Survive is the anthem for our...

The search for an anthem for our times is over. Cast aside your troubles for the next 90 seconds and enjoy this self-isolating take on Gloria Gaynor’s I Will Survive shared by @OnowayDebbie on Twitter. 💃🏾💃🏾💃🏾💃🏾 pic.twitter.com/9S5He8iflS —...

Long before Catherine Tate played Donna Noble on Doctor Who, another of her alter-egos encountered the enigmatic time-traveller:

An art historian friend put me on to a game of composing still lifes from whatever is lying about in your quarantine pod.

Here are two of mine: 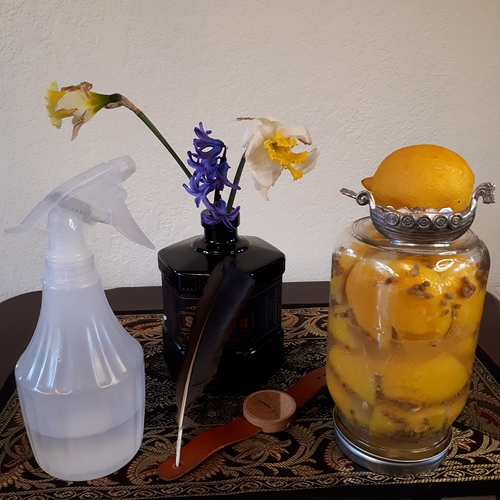 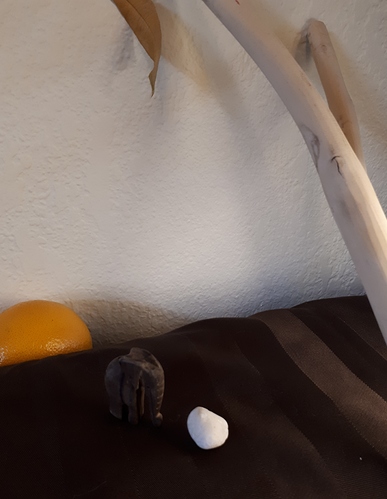 love the placement of the orange in the second pic. I’ve been staring at the second one for quite some time. it’s calm and trippy. 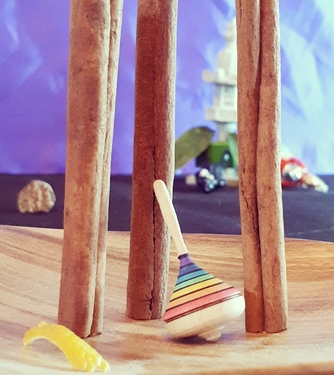 How to shop for the essentials during lockdown:

Lol how apt.
Was a bit slow on the whole loo roll panic buying so we’ve been inventive for a few weeks now. I took a stroll to the corner shop yesterday and couldn’t believe my eyes - 3X18pack Andrex loo rolls in a nice neat stack.
Bought a pack and started walking home. had planned on taking a longer walk through park/field but with my new found loo roll pack so big it had carry handles it was like strutting through Brixton with designer handbag and sign saying ‘mug me’. (And I live in a VERY safe neighbourhood!) . So went straight home.

I know Brixton well, being from Sarf London myself. I had a Saturday job there in the early ‘90s, and on one memorable occasion I was walking towards the bus stop outside Brixton tube station when I suddenly became aware of an angry mob gathered outside the station.

It was an organised protest against Maggie Thatcher’s ill-conceived Poll Tax, but it soon degenerated into a full-scale riot before my disbelieving eyes when the Police tried to disperse the mob using tear gas!

I ran for my life and just made it back to the safety of the office ahead of the mob. We were on the first floor, so had an excellent view of the frontline with rioters and cops beating the crap out of each other.

Wowsers! What an experience! Think I’d be running as fast as my little legs could carry me too!

Yeah it’s all a little tame where I live at the mo, though I ain’t complaining.