Came across these old pics. This was a fun morning. 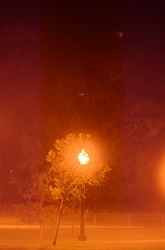 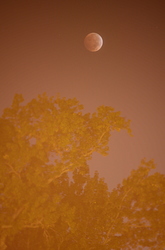 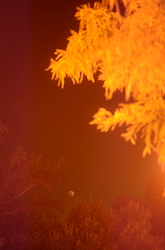 It got so loud and crazy because everyone was trying to make up for no public show, then just stopped at midnight, like all the neighbors having gotten their yayas out, agreed to hush.

This is very polite and heartwarming.

I think my Dad’s party lasted as long as well. The neighborhood was still alive when I left. There was a point where the vibes were getting a little bothersome so I left.

And our long lost cat came back during the worst of the crazy loud. She did last year, too.
We don’t see her at all, I think a neighbor adopted her, but when she is afraid, she shows up.
And our outside mostly girl came back later covered in something under her belly. I think she must have been crawling deep, deep in something to hide.

Ah lol, this reminds me of a dream I had last night where I inherited two kitties.

Watching Freddy vs Jason before I fell asleep may of influenced this… nightmare lol.

But it’s good to know your cats are doing alright (and that I guess I can’t take care of small animals in my dreams, LOL).

And that poor raccoon, might have been scared outta his mind too. Ah well, maybe he’ll come back as a dolphin or something.

Nah lol. It shook me up a bit and confounded me that I still couldn’t avoid the fucker even when I swerved my car. It had to be the raccoon just had instinct kick in to finish its path, but damn, I would of thought it would move backwards and not continue forward!

But yeah, duly noted for next time I guess

I swear I don’t hate little animals lol! I just don’t tend to have the best experiences with them in my hands, or when I’m driving a car. Um, that’s another story though

Came across these old pics. This was a fun morning.

Oh shit! The lighting and the moon look crazy in these pics! Very vibey, and distinct in a menacing way. I like it

The lighting and the moon look crazy in these pics!

Yeah! I wish I had had the reflex to take sharp photos etc. And the moon was changing so fast. It didn’t last long then day broke.

Just got back from my first short holiday since the lockdown ended in NZ (we are so lucky in comparison to many other countries!)

Drove halfway across the North Island to meet up with a couple of friends (who drove a similar distance from Wellington) at the fabulous Chateau Tongariro in the famous Tongariro National Park: 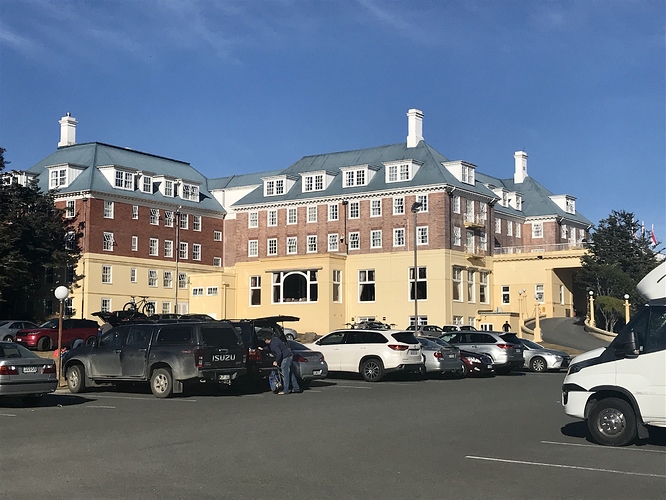 This Art Deco folly is one of the grandest buildings in NZ. It was built in the late 1920s to serve as a hotel and self-contained resort to serve the nearby ski fields and glorious mountain walks.

The hotel sits on its own on top of the high plateau situated right in the centre of the North Island, nestled in the shadows of the three enormous volcanoes that are the tallest mountains in NZ outside of the Southern Alps in the South Island.

The volcanoes bear evocative Maori names; the smallest, at 6490 feet, is called Tongariro (Carried away by the South Wind). Tongariro erupted as recently as August 2012, flinging rocks as large as 3 feet in size up to 1.2 miles from the vent!

The second tallest, at 7,503 feet, is actually a secondary cone of Tongariro and is aptly named Ngauruhoe (Throwing Hot Stones). It is also still active, erupting 45 times in the 20th century. Ngauruhoe achieved worldwide exposure when it played the role of Mount Doom in The Lord of the Rings movies.

I managed to get a decent shot of Ngaurahoe on a beautiful sunny midwinters day: 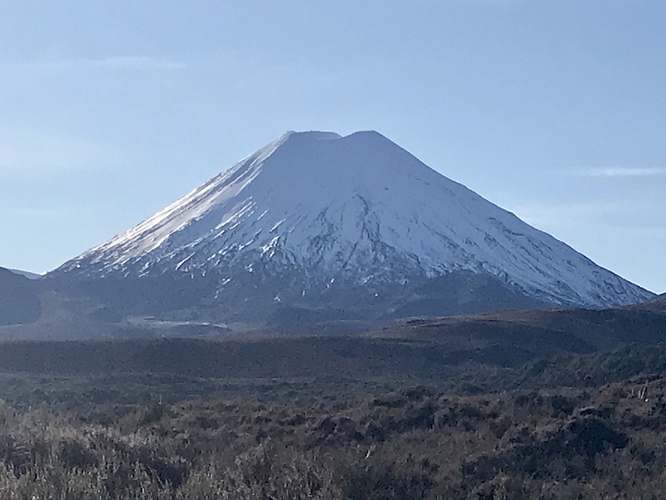 The largest of the three is the giant Ruapehu (Exploding Pit).

Ruapehu, the largest active volcano in New Zealand, is the highest point in the North Island and has three major peaks: Tahurangi (9176 ft), Te Heuheu (9038 ft) and Paretetaitonga (9025 ft). The deep, active crater is between the peaks and fills with water between major eruptions, being known as Crater Lake.

Ruapehu’s 1945 eruption emptied Crater Lake and dammed the outlet with tephra (rock fragments). The crater slowly refilled with water, until on 24 December 1953 the tephra dam collapsed, causing a lahar (flash flood) in the Whangaehu River.

The lahar in turn caused the Tangiwai disaster, the worst railway accident in NZ history, when the Tangiwai railway bridge across the Whangaehu River collapsed while the lahar was in full flood, just before an express train crossed it. Six of the train carriages plunged into the raging river, with the loss of 151 lives.

I took some photos of Ruapehu shining in the morning sunshine and looking deceptively tranquil, wearing a fresh coat of snow from the previous night: 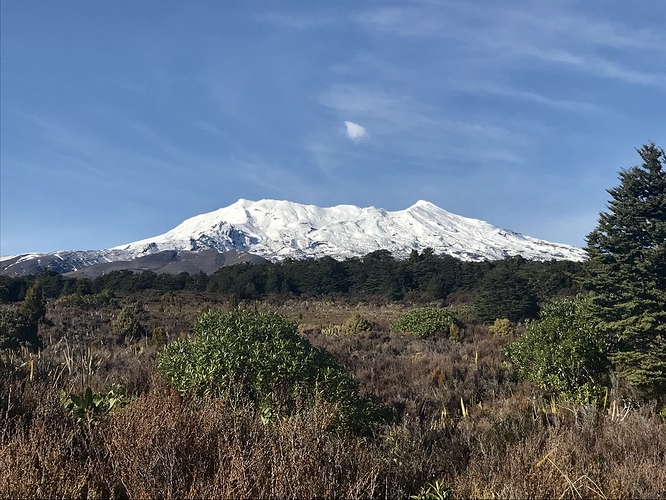 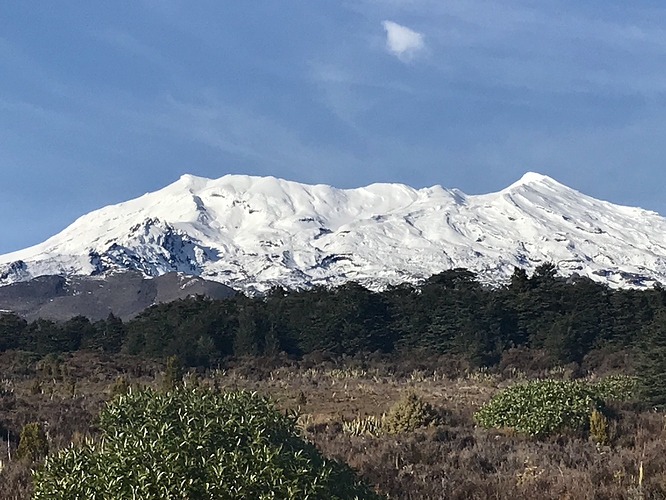 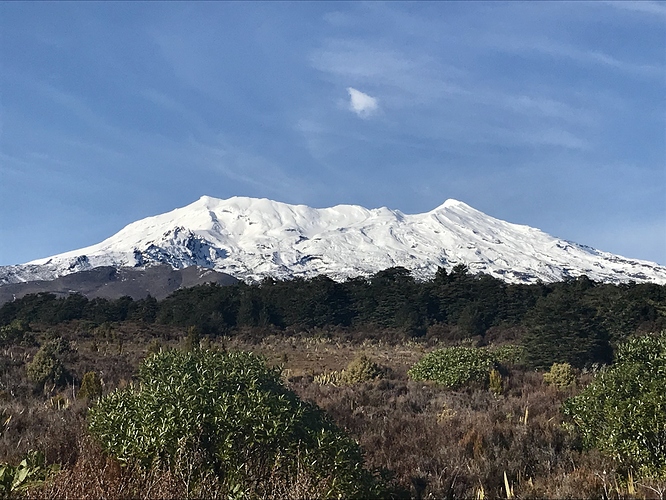 The Chateau sits on the lower slopes of Ruapehu: 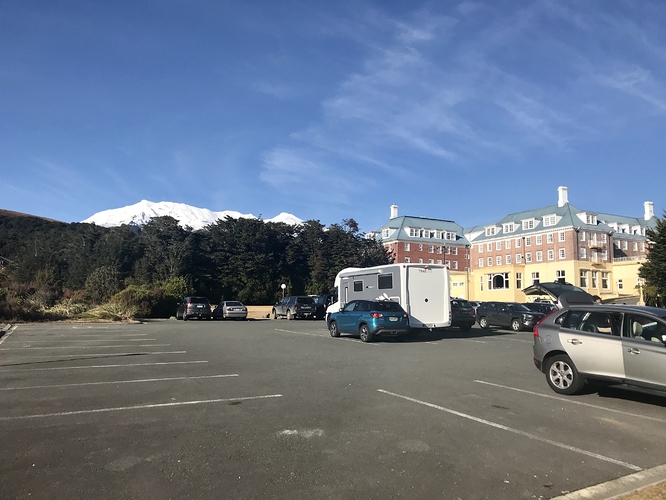 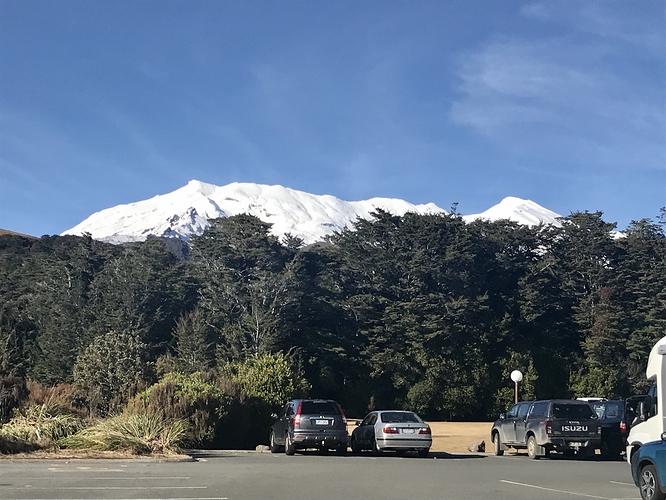 Lovely! Ah, I need a walk there… many!

came across this horsy in some rural parts. and it neighed like a loco when we left.

Did not wanna see you go?

Maybe horsy likes company. I think horsy might be old. One eye was blue the other brown.

This is such a wonderful insight into the whimsical mind of an INFP, @lunar!

And you’ve inspired me to add some annotations to your comments, in order to highlight the vast differences between the psychology of INFPs and INFJs:

“Wow, INFP has already given the name “Horsy” to a random animal! And how can she possibly determine that “horsy likes company” when all it’s doing is standing still in some grass and lazily eyeing up the strangers who want to take its photo. It’s probably just bored and fed up of being tied to that one spot. Ne-Fi is so random!”

“How can you tell? I don’t see any grey hairs or bent knees or similar, but maybe old horses display other signs when they’re old? To me, Horsy just looks bored and lethargic. Must remember to google “horses” and “aging” when I get home…”

One eye was blue the other brown.

“How curious, she’s correct! I would never have noticed that. And how in God’s name does an INFP flip from intuitively speculating about horsy’s age and personality based on no evidence whatsoever, to suddenly noticing such a precise and specific sensory detail?”

i don’t know if those spots were typical for a horse. i know nothing about horses. so i was hoping it’s healthy and cared for etc.

He’s definitely well fed. Although it does look like his owner just lets him roam free the majority of the time.

(Maybe scratch that… I now see he’s tied up to something, though I’m not 100% sure how long that rope is…)

i hope. i don’t know why we got the impression he was scrawny.

am curious what age range he looks if anyone here knows horses.

To me, just judging by the picture, he just seems like a small/short horse lol. Or maybe he just wants to portray himself as a small horse. He seems to be taking a timid/unassuming approach to you guys walking up to him.

But no, I don’t know horses well at all. He could be very old or very young.

My best guess is young.

we’re probably heading back there at some point.

Let my boy Horsy know that I said, “Neeeiiighhh.” He’ll know what I mean

Horsy looks lonely - maybe you should adopt him?

Last night the moon was conjunct to Jupiter and Saturn in Capricorn. Could it be that I catched them in this picture? 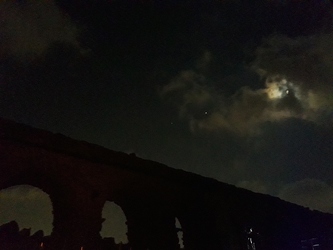 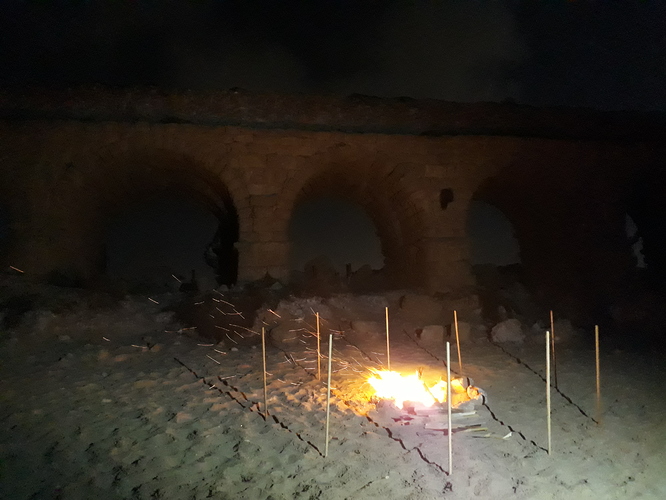 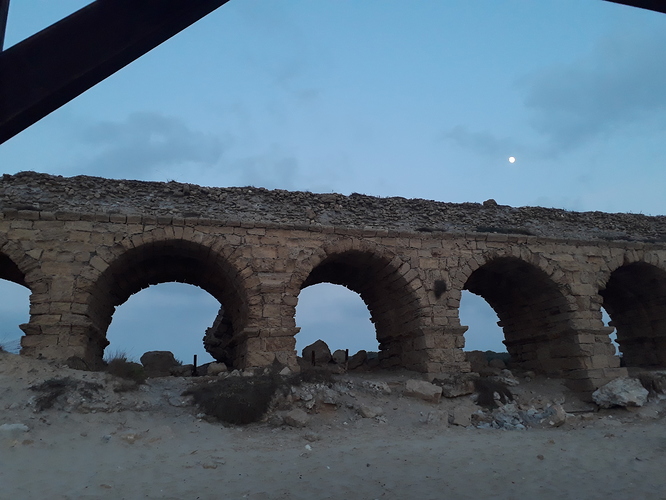 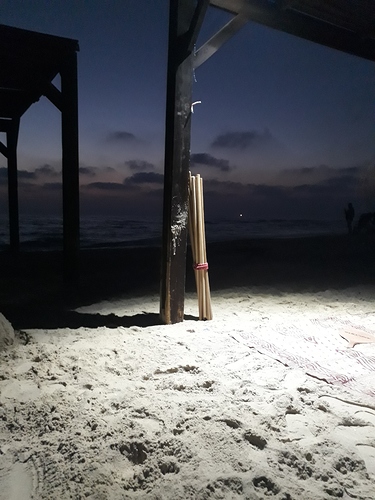 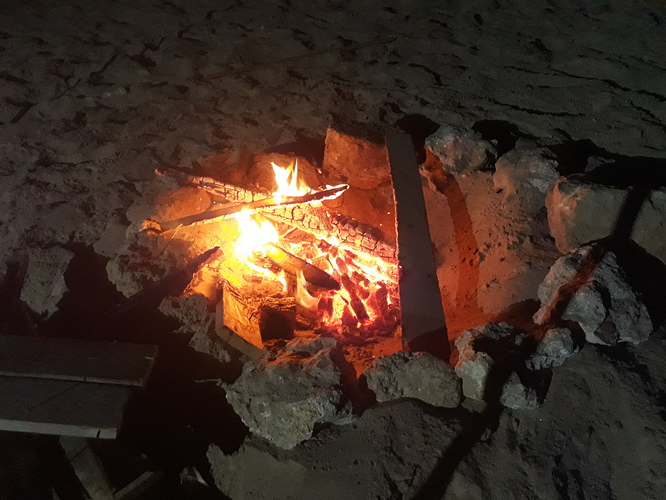