It’s only 5.40pm on a midsummer’s evening yet it feels like an eerie sunset! The entire sky is tinged in a peculiar orange-red colour and it’s gotten so dark we’ve had to turn on all the indoor lights. My photos don’t really capture the full strangeness of the effect, but do indicate how odd it feels. Normally it would still be intensely bright in the early evening.

The smoke-clouds have also blocked out much of the sun’s heat, making it much cooler than it should be. My cold-blooded Taurean partner has just turned on the heating! 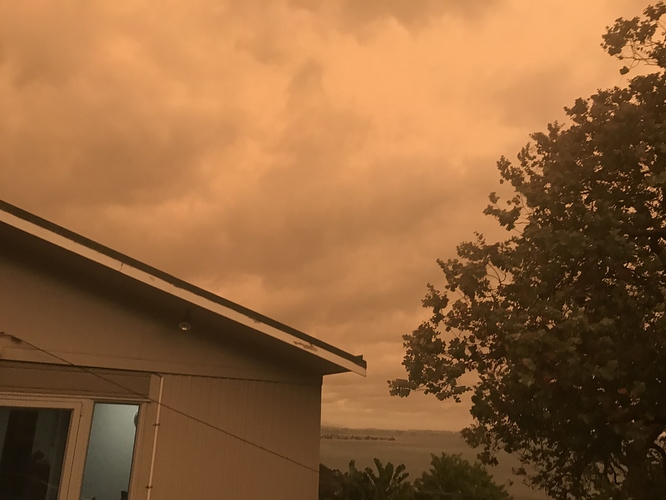 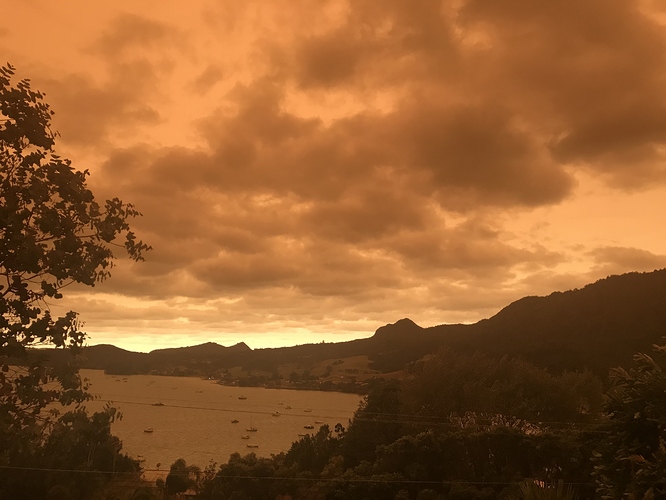 The weird lighting is freaking people out across NZ. Apparently, the police phone lines have been overwhelmed with too many “emergency” calls from the intellectually-challenged…

If you think I’m being a little too harsh, the actual emergency is taking place thousands of miles away in Australia, where an area greater than a fifth of NZ is now ablaze! So it’s either narcissistic or simply dumb for some New Zealanders to make this all about them.

Over four thousand desperate folk have had to find sanctuary on beaches, and conservationists believe that entire populations of endangered Australian birds and animals may have been wiped out by the catastrophe.

Here is a satellite view of the smoke cloud from Australian bushfires impacting New Zealand today: 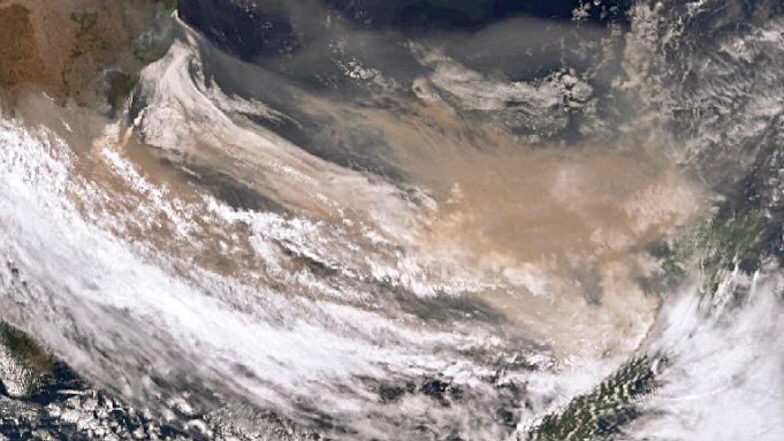 Ah I love a good miniature world! Thought about studying architecture just so I could make the models. I love your playful storylines going on within your dioramas.

Here’s one I recently admired in the local garden centre. You had to find the out of place and mythical creatures that had been planted within. They were closing but I managed to linger until I finish the game 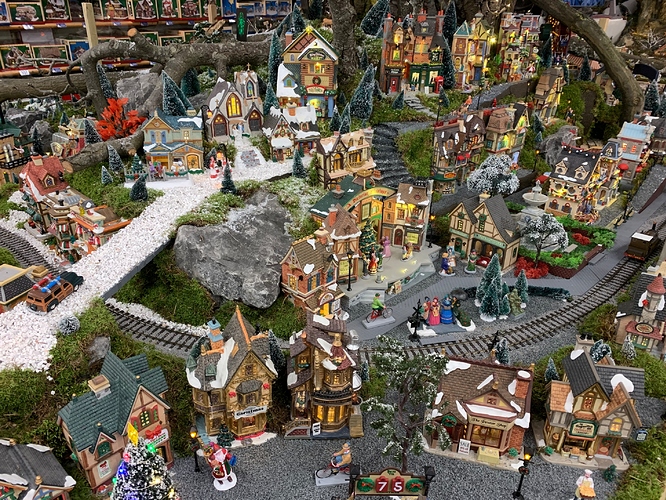 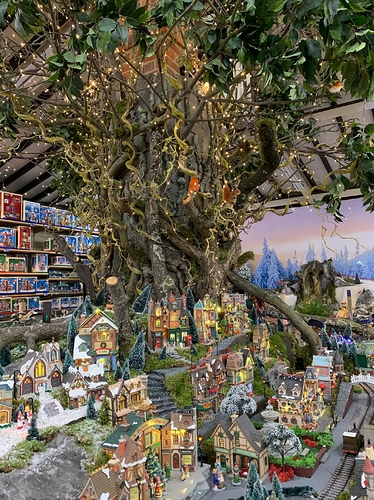 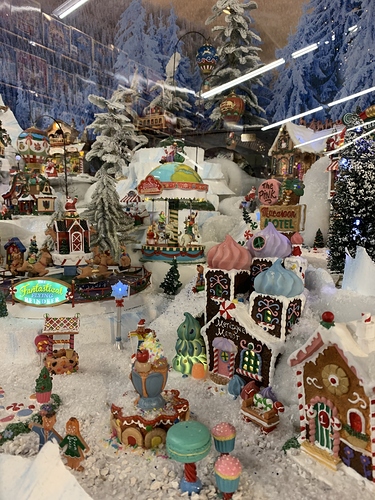 That is an absolutely amazing display! You can tell how much care and joy they must have put into its creation. I will study it in more detail after work.

Here are some more scenes I developed during my break: 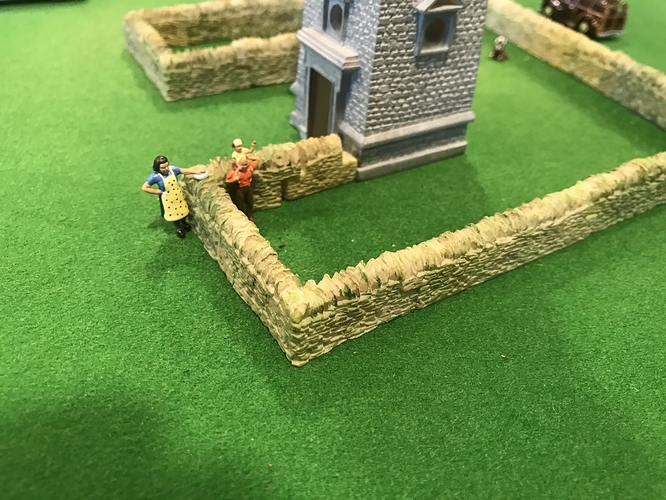 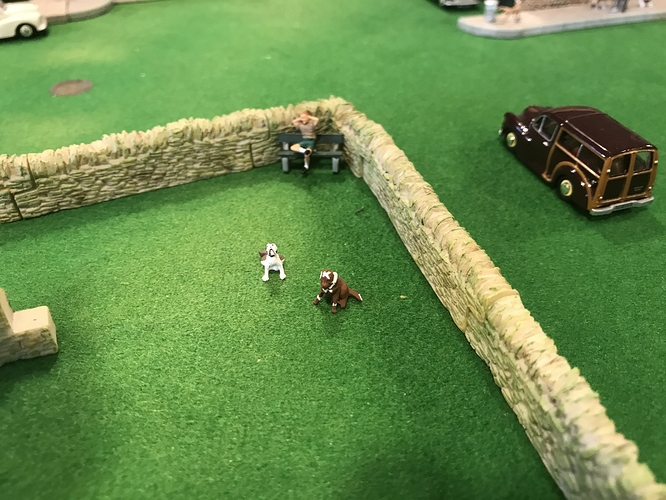 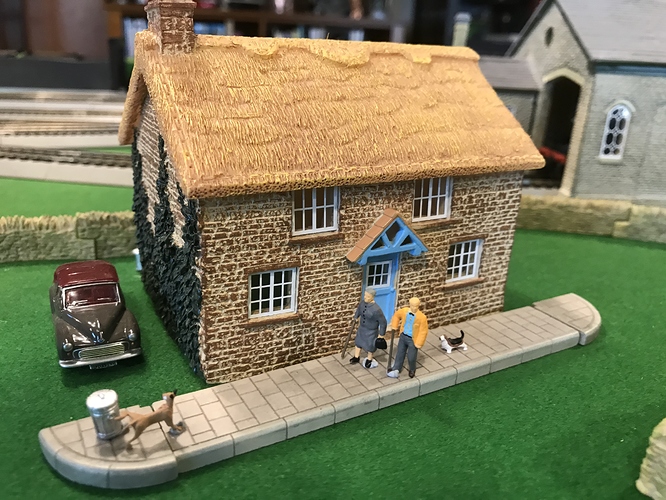 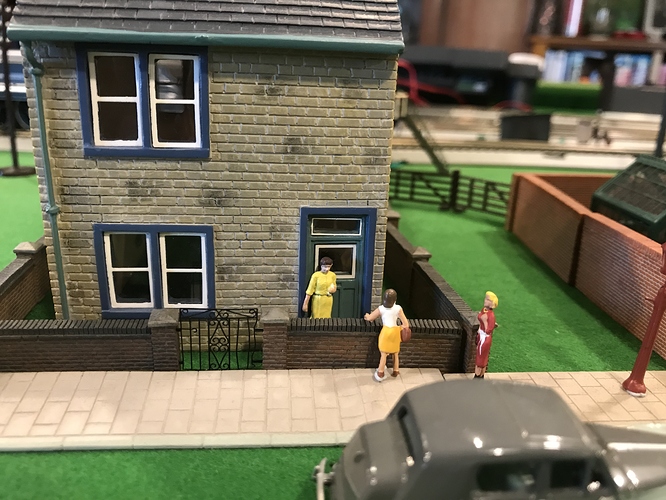 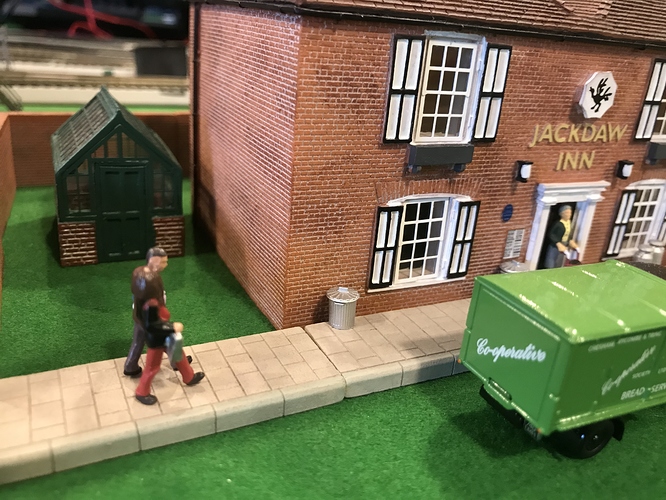 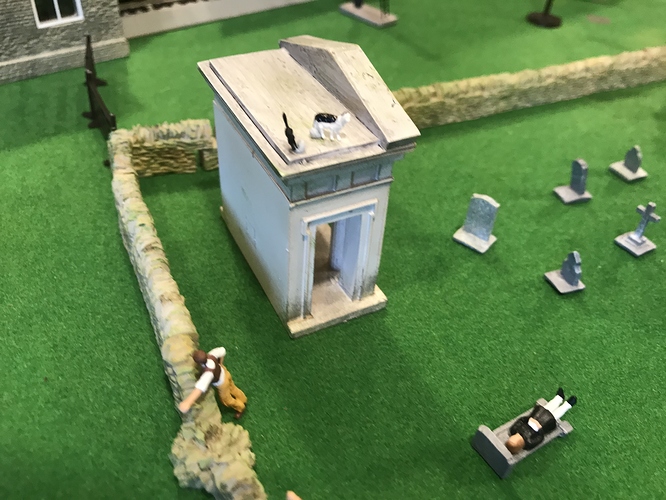 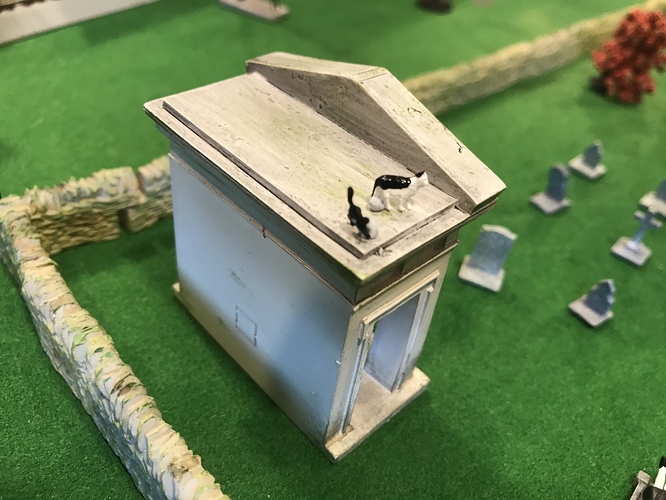 Someone would have to drag my ass out of that store…
And @Stewart, that dog, pissing

There’s also a story behind the three ladies chatting outside the immaculate stone cottage. The house-proud lady in the smart yellow dress (standing in the doorway) is Hyacinth Bucket. Hyacinth is the lead character in the classic British comedy series “Keeping Up Appearances”, wonderfully brought to life by the English character actor Patricia Routledge.

March 18, 2000 (Special) Keeping Up Appearances is a British sitcom created and written by Roy Clarke. It originally aired on BBC1 from 1990 to 1995. The central character is an eccentric and snobbish lower middle class social climber, Hyacinth Bucket (Patricia Routledge), who insists that her surname is pronounced "Bouquet". The show comprised five series and 44 episodes, four of which are Christmas specials. Production ended when star Patricia Routledge moved on to other projects. All episo...

Hyacinth Bucket (pronounced Bouquet, if you please) lives to impress. And she has no patience for people who pretend to be superior – because that makes it “so much harder for those of us who really are.” Assured of her own eminence, she spends her days trying to make sure everyone else is, too. Her down-market sisters, Rose and Daisy, are a challenge, but she’s always willing to talk about her rich sister Violet. Violet’s eccentric, cross-dressing husband, not so much…,

Hyacinth likes to spend her days visiting stately homes (convinced she will meet and strike up a friendship with the upper-class owners, especially if they are aristocratic) and hosting “executive-style” candlelight suppers, with her Royal Worcester double-glazed Avignon bone china and Royal Doulton china set with “the hand-painted periwinkles”.

She ostentatiously brags about her possessions, including her “white slimline telephone with automatic redial”, which she always answers with “The Bouquet residence, the lady of the house speaking.”

Hyacinth’s long-suffering neighbour Elizabeth (the lady in the photo with the white top and yellow skirt) is frequently invited round to the Buckets’ for coffee. Though she is ordinarily calm, Elizabeth’s nerves go to pieces in Hyacinth’s house, causing her to smash Hyacinth’s precious china and spill coffee and biscuits all over her expensive Burmese rug. 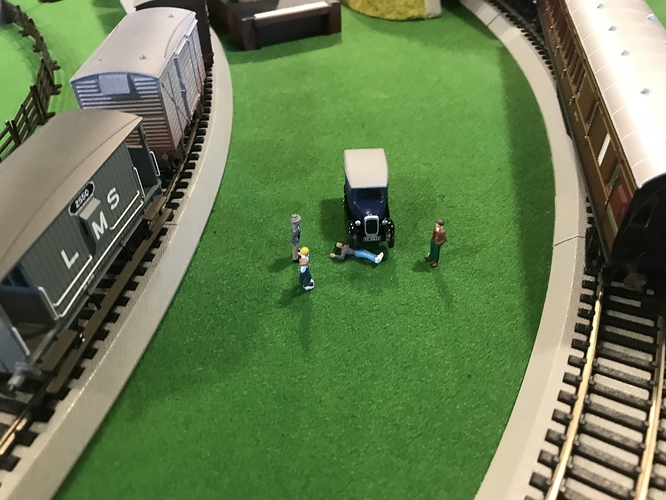 The two figures on the left are meant to be the plain clothes detectives. The poor guy on the right was driving the van and ran over the victim, who had been staked out on the ground by the real murderer…

I am so jelly that you get to play now. I I look so forward to doing so after Christmas, but my granddaughter loves nothing more than to tear apart the tracks on the train set we bought her, and with NINE people in the house for the last month plus, there is no room, no space, no place.
Bought myself a musical caboose and a stacking tower though. And a jungle mountain for baby that makes lion, bird and elephant sounds with a button or when train goes through. She played with that for near fifteen minutes but refused to allow me to attach anything to it…
So… one day. But I do so enjoy vicariously living, so carry on!

Mrs Bucket!!! I watched that, loved it, so ridiculous and hilarious and deliciously torturous.
Okay, now, to be fair, do we not also need Blacks Books???

In the meantime, here’s some clips of Hyacinth in all her snobbish glory:

Definitely suffered some of what Elizabeth does.

Sunday evening was so gloriously sunny we decided to climb up to the summit of Mt Albert, one of the larger small volcanoes around which the city of Auckland is built.

I thought it would be too bright for photos but took some anyway and was blown away by the results: 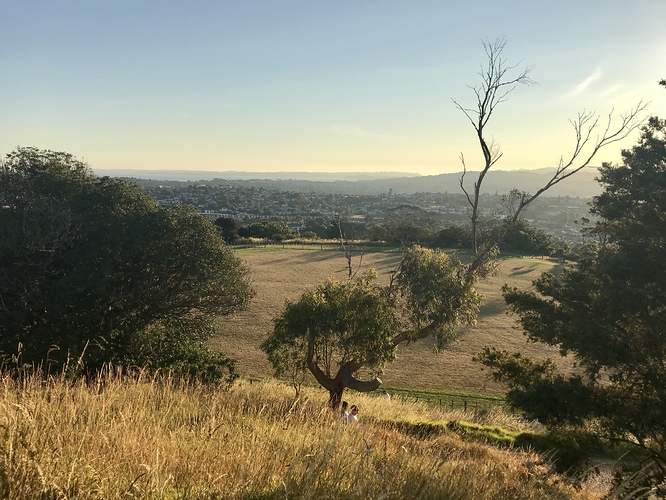 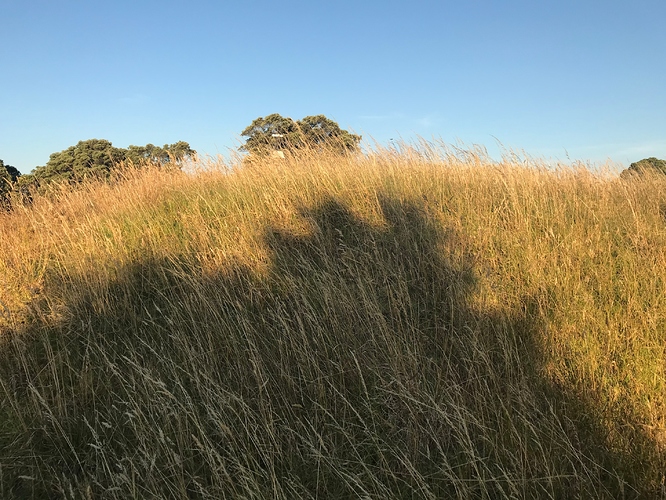 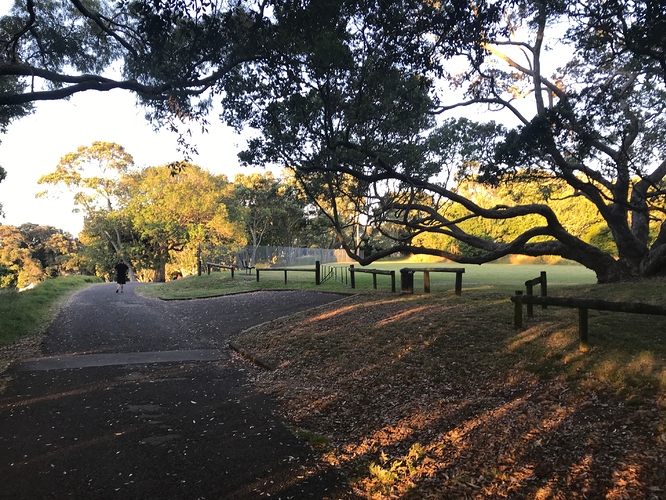 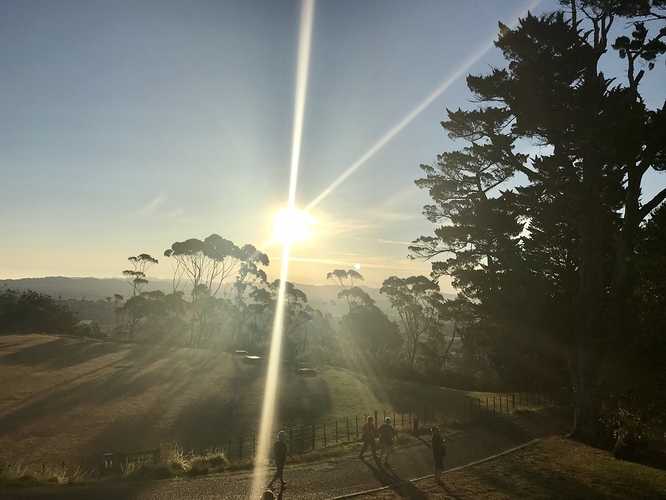 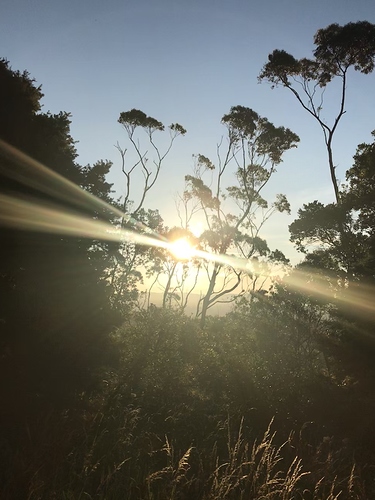 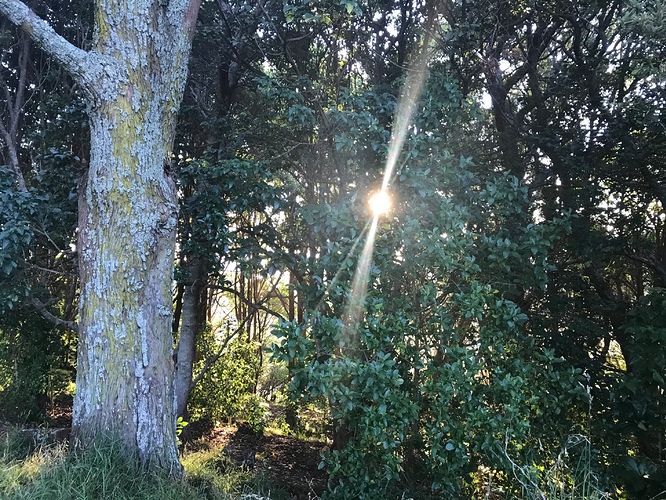 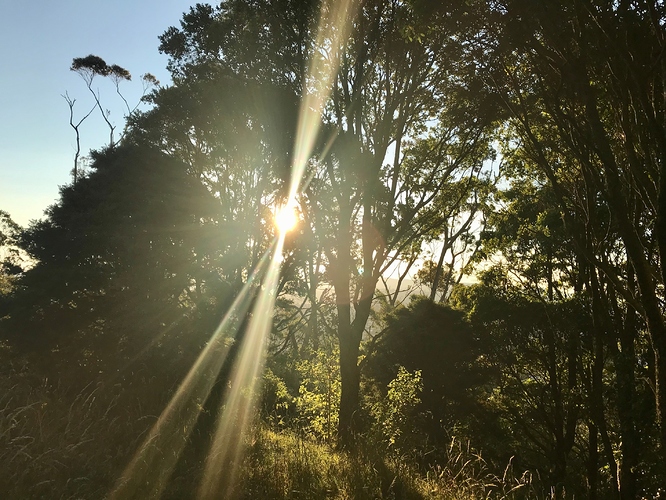 A new scene for my layout - a party of excited schoolboys arrive at the station for a summer excursion: 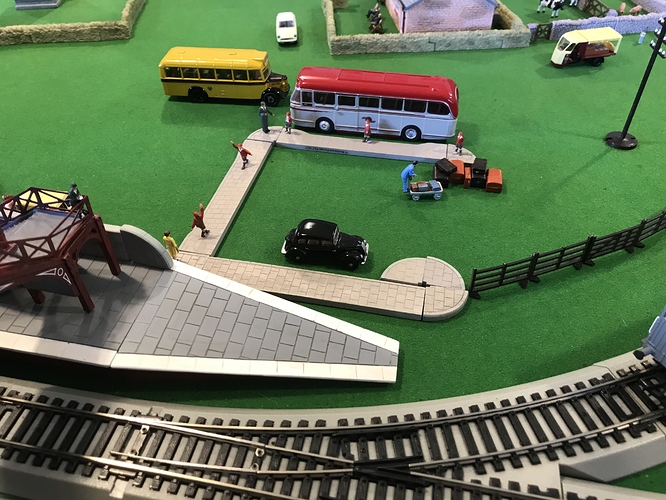 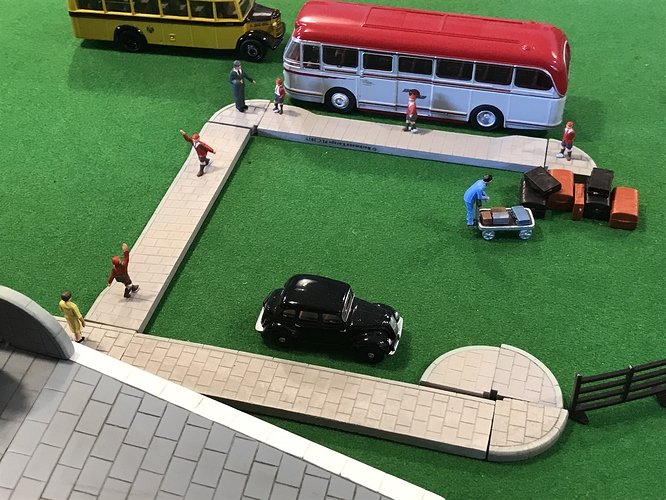 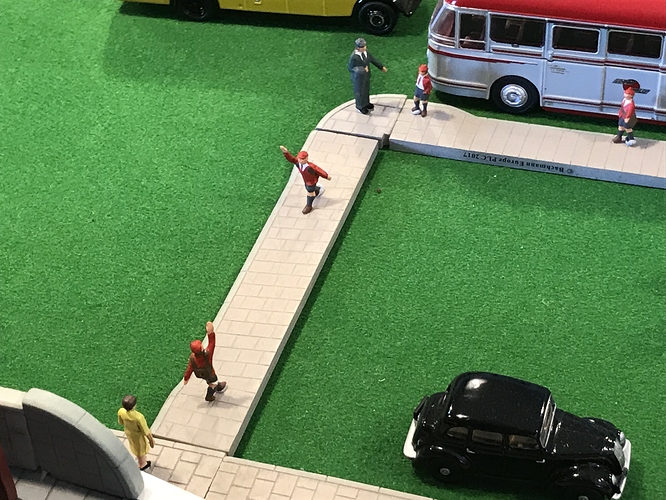 My partner has an adopted sister who recently returned to NZ after living in Australia for more than 20 years. She’s currently staying with her partner in our country property in the North of NZ until she finds her feet. Last weekend she became the proud owner of a small fishing boat for pootling around the bays: 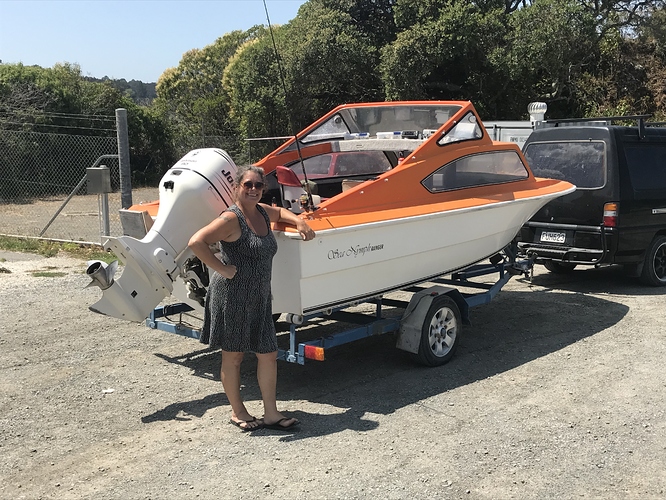 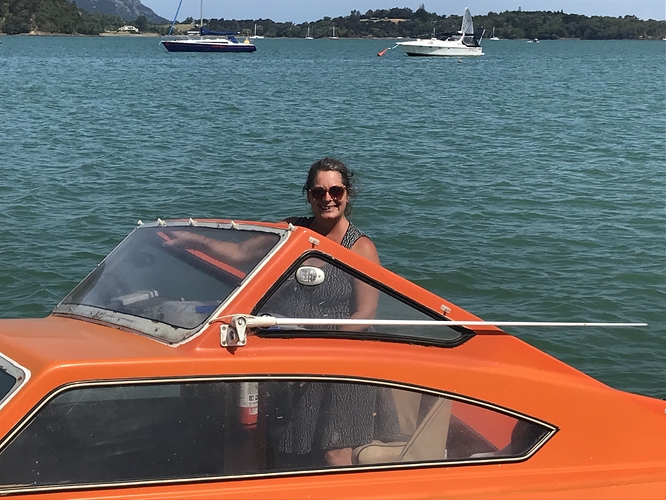 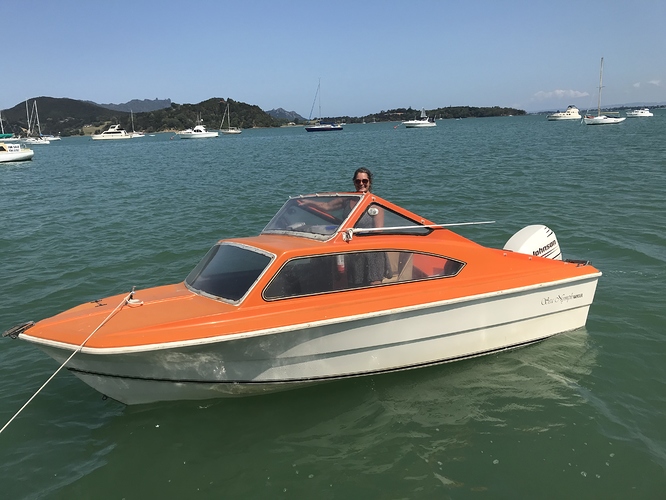 Those boys will be all over your train land in no time!

Nice ride! You guys have a boat, too?